The voluntary agreement for the Consumer Choice of Repairer campaign lead by Stuart Charity from the AAAA (Australian Automotive Aftermarket Association) has been signed. 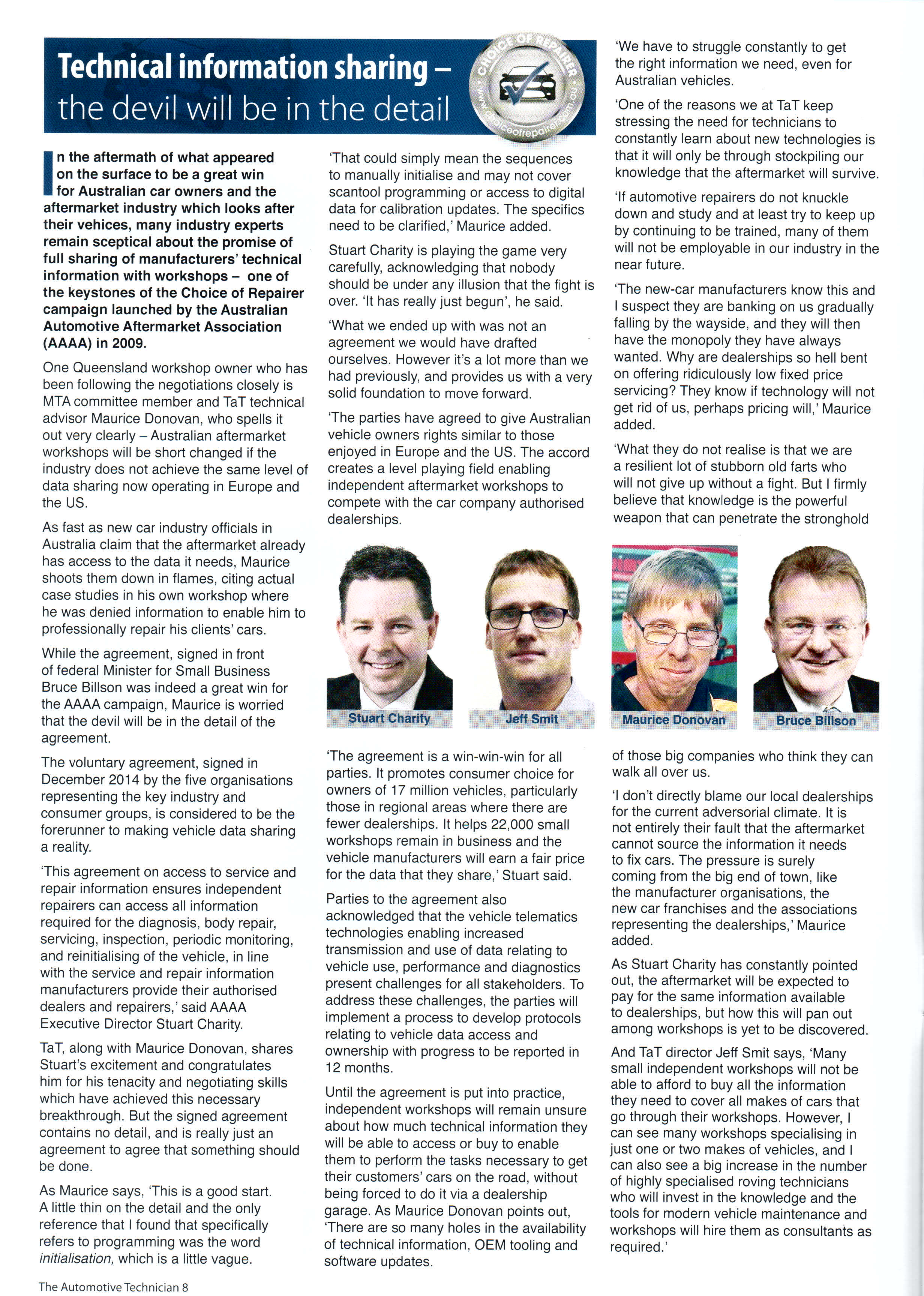 In the aftermath of what appeared on the surface to be a great win for Australian car owners and the aftermarket industry which looks after their vehices, many industry experts remain sceptical that workshops may not get the promised full sharing of manufacturers’ technical information – one of the keystones of the Choice of Repairer campaign launched by the Australian Automotive Aftermarket Association (AAAA) in 2009.

One Queensland workshop owner who has been following the negotiations closely is MTA committee member and TaT technical advisor Maurice Donovan, who spells it out very clearly – Australian aftermarket workshops will be short changed if the industry does not achieve the same level of data sharing now operating in Europe and the US.

As fast as new car industry officials in Australia claim that the aftermarket already has access to the data it needs, Maurice shoots them down in flames, citing actual case studies in his own workshop where he was denied information to enable him to professionally repair his clients’ cars.

While the agreement, signed in front of federal Minister for Small Business Bruce Billson was indeed a great win for the AAAA campaign, Maurice is worried that the devil will be in the detail of the agreement.

The voluntary agreement, signed in December by the five organisations representing the key industry and consumer groups, is considered to be the forerunner to making vehicle data sharing a reality.

TaT, along with Maurice Donovan, shares Stuart’s excitement and congratulates him for his tenacity and negotiating skills which have achieved this necessary breakthrough. But the signed agreement contains no detail, and is really just an agreement to agree that something should be done.

As Maurice says, ‘This is a good start. A little thin on the detail and the only reference that I found that specifically refers to programming was the word ‘initialisation’, which is a little vague.

‘That could simply mean the sequences to manually initialise and may not cover scantool programming or access to digital data for calibration updates. The specifics need to be clarified,’ Maurice added.

Stuart Charity is playing the game very carefully, acknowledging that nobody should be under any illusion that the fight is over. ‘It has really just begun’, he said.

‘What we ended up with was not an agreement we would have drafted ourselves, however it’s a lot more than we had previously, and provides us with a very solid foundation to move foreward.

‘The parties have agreed to give Australian vehicle owners rights similar to those enjoyed in Europe and the US. The accord creates a level playing field enabling independent aftermarket workshops to compete with the car company authorised dealerships.

‘The agreement is a win-win-win for all parties. It promotes consumer choice for owners of 17 million vehicles, particularly those in regional areas where there are fewer dealerships. It helps 22,000 small workshops remain in business and the vehicle manufacturers will earn a fair price for the data that they share,’ Stuart said.

Parties to the agreement also acknowledged that the emerging vehicle telematics technologies enabling increased transmission and use of data relating to vehicle use, performance and diagnostics present emerging challenges for all stakeholders. To address these challenges, the parties will implement a process to develop protocols relating to vehicle data access and ownership with progress to be reported in 12 months.

Until the agreement is put into practice, independent workshops will remain unsure about how much technical information they will be able to access or buy to enable them to perform the tasks necessary to get their customers’ cars on the road, without being forced to do it via a dealership garage.

As Maurice Donovan points out, ‘There are so many holes in the availability of technical information, OEM tooling and software updates. We have to struggle constantly to get the right information we need, even for Australian vehicles.

‘One of the reasons we at TaT keep stressing the need for technicians to constantly learn about new technologies is that it will only be through stockpiling our knowledge that the aftermarket will survive.

‘If automotive repairers do not knuckle down and study and at least try to keep up by continuing to be trained, many of them will not be employable in our industry in the near future.

‘The new car manufacturers know this and I suspect they are banking on us gradually falling by the wayside, and they will then have the monopoly they have always wanted. Why are dealerships so hell bent on offering ridiculously low fixed price servicing? They know if technology will not get rid of us, perhaps pricing will,’ Maurice added.

‘What they do not realise is that we are a resilient lot of stubborn old farts who will not give up without a fight. But I firmly believe that knowledge is the powerful weapon that can penetrate the stronghold of those big companies who think they can walk all over us.

‘I don’t directly blame our local dealerships for the current adversorial climate. It is not entirely their fault that the aftermarket cannot source the information it needs to fix cars. The pressure is surely coming from the big end of town, like the manufacturer organisations, the new car franchises and the associations representing the dealerships,’ Maurice added.

As Stuart Charity has constantly pointed out, the aftermarket will be expected to pay for the same information available to dealerships, but how this will pan out among workshops is yet to be discovered.

And TaT director Jeff Smit says, ‘Many small independent workshops will not be able to afford to buy all the information they need to cover all makes of cars that go through their workshops. However, I can see many workshops specialising in just one or two makes of vehicles, and I can also see a big increase in the number of highly specialised roving technicians who will invest in the knowledge and the tools for modern vehicle maintenance and workshops will hire them as consultants as required.’

Often a customer will state that their vehicle appears to be using excessive fuel. Over the years I have created a Check List as to what could be causing such a problem. I call this my list of  Intensive List Of Possibilities.

We have different procedures for many scenarios we see in our workshop. My list is a “work in progress” as many things change in the world of diagnostics.

These procedures helps to keep us focused and uniformed when doing diagnostic investigation research on our customers’ vehicles. It also gives us something to show our customers when a car is brought into us  which allows us to justify a necessary diagnostic charge before starting a job.

Do a visual check; see if there is a rich smell or black smoke from the exhaust tail pipe. Scan check vehicle for codes and check live data for clues, pay close attention to fuel trim readings and insure that the O2 sensor is oscillating between rich and lean and is not slow. This must be checked at all the rev ranges.

If nothing has stood out to indicate a rich mixture, set up our portable gas analyser and road test.

After this we can be sure the vehicle is not necessarily running rich and the below steps need to be examined.

26           Alternator uses power from the engine to replenish the lost battery voltage, which adds up       to increased fuel consumption:

Cars are our passion,  we are enthusiasts, and we love our job, whether carrying out a routine service or remapping a cars ECU we enjoy the pleasure and satisfaction that working on cars gives us.

Cars have become much more complicated in todays modern world, but so have the challenges to fix these complicated and highly technical computerised cars. But with these new challenges each fix becomes more rewarding and satisfying as we rise up to the challenge  and conquer what others have not been able to fix. 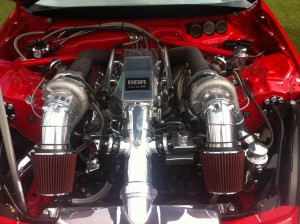 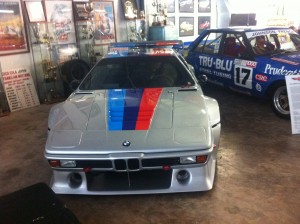 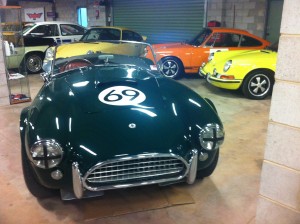