My staff were so excited when four 2016 Ford Mustangs rolled off the back of the tow truck tilt tray and into our workshop. These cars were selected to be exported to Thailand and our job was to remove the fuel from the full tanks so they could be exported. 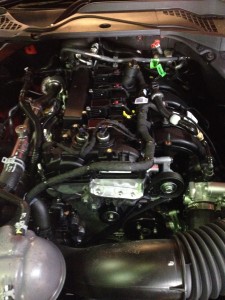 Sadly, when starting the engine it did not sound or feel V-8. The excitement soon turned to disappointed once the bonnet was opened and we discovered a 4 cly Ecooboost engine sitting there the hood. 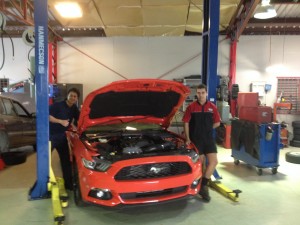 Sadly, when starting the engine it did not sound or feel V-8.  The excitement soon turned to disappointed once the bonnet was opened and we discovered a 4 cly Ecoboost engine sitting there under the hood.  How the image and reputation of such a muscle car could be so spoilt by having a 2.3 lt four cylinder engine? This was not the whopping 5lt V8 we all expected to see.

From the outside you can barely pick the difference. Both the four-cylinder and V8 models have dual exhausts and tough looks. The 2.3-litre turbo four-cylinder (233kW/432Nm) has more grunt than the Mustang V8 did 10 years ago (223kW/432Nm).

Advances in automotive industry especially when it comes to the driveline systems are driven by one overriding imperative – to reduce emissions.

One way to lower emissions is to lower fuel consumption, less fuel we burn the less emissions that come out the tail pipe.

One way the Car manufactures can reduce fuel consumption is to simply downsize the engine displacement. But in doing this it is important that they maintain vehicle performance. Downsizing simultaneously reduces friction losses because downsized engines generally have smaller bearings and either fewer cylinders or smaller cylinder bore friction surfaces.

Fuel consumption can be reduced by 2 per cent to 6 per cent with turbocharging and downsizing. Valve-event modulation (VEM) can further reduce fuel consumption and can also cause a slight increase in engine performance, which offers a potential opportunity for engine downsizing. There are many different implementations of VEM, and the costs and benefits depend on the specific engine architecture. Fuel consumption reduction can range from 1 per cent with only intake cam phasing, to about 7 per cent with a continuously variable valve lift and timing set. 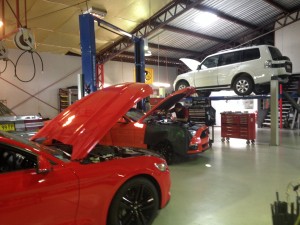