The Best Way to Enhance Your Cars. 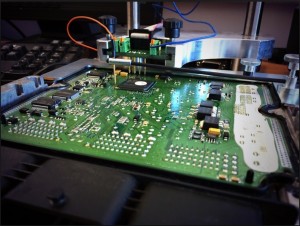 Allautos Advanced Tuning are proud market leaders in the world of advanced tuning and remapping. We use the world’s leading software writes who happen to be one of the most respected remapping brands in the market today.

Allautos Advanced tuning is custom developed to dramatically improve fuel economy, the remap tuning is specially designed to include elements of rev limiting, speed limiting, throttle and load control, this is quite unlike the approach others use and is guaranteed to deliver fuel saving results.

Allautos fuel saving tuning is also the only tuning and remapping of its kind written and certified by Quantum our software writers and partners .

Quantum Remapping was established with one clear goal, to offer the very best vehicle computer software remapping and car tuning service available anywhere in the world.

Quantums’ dedication to automotive computer mapping and tuning is truly a global brand. Quantum has the most talented team of software file writers and technical support staff in the remapping market and is the reason we choose this company to write our tuning files.

Quantum Tuning remaps the software on your engines computer system. It is a safe way to gain power and torque, improved driveability and the added bonus of enhanced fuel economy on diesel engines. The remap can also include EGR deletion.

When a manufacturer develops a new car they have to take into consideration many factors, for example; fuel quality, market demands, heat and humidity, etc. and so computers are set for at a world average standard. Our remapping process optimizes the tuning to get the best from your vehicle.

What is an ECU?

All modern cars and vans on the road today have an ECU (ENGINE CONTROL UNIT). This Engine Control Unit can almost be described as the vehicles ‘brain’ and contains a processor that takes information from various sensors throughout the engine. It analyses information such as the engine temperature, accelerator pedal angle, oxygen content in the burnt exhaust gases as well as many more parameters. Using the information from these sensors it can then add the right quantity of fuel, at just the right time to provide a good mix of fuel economy, performance and emission control when pulling away, overtaking, pottering down the road or zooming down the motorway.

WHAT IS ECU REMAPPING?

When a manufacturer develops a new car they have to take into consideration all of the conditions it may be subjected to in all of the regions in which they intend to sell this model. This means instead of just optimising the ECU’s program or ‘map’ to deliver the best performance or the most fuel efficiency they have to make compromises to the map to take into account these potential differing operating conditions. These could include sub-standard fuels, extremes in temperature and altitude, differing emission laws and even the possibility that vehicle may not be serviced on a regular basis and in accordance with the manufacturers recommended instructions.

ECU remapping is taking a read from the ECU’s processing chip of the vehicles standard compromised map and adjusting various parameters within the map such as fuel pressure, boost pressure (on turbocharged applications) ignition advance and throttle pedal control amongst others to release the true performance from the engine. It is a completely safe process as it is just giving the engine the performance it should have had in the first place before all the compromises were applied to the original programming. Every engine will have its own unique map and by adjusting this we can fine tune the characteristics of the engine; unleashing more power and in many cases reduce fuel consumption too.

ECU remapping will not only improve the engines power and torque figures, it will also sharpen the throttle response and widen the power-band. This will make the power delivery a lot more linear, which in turn will make the vehicle feel a lot livelier to drive and the engine more flexible. Frequently, the vehicles power output is restricted by the manufacturer for no other reason than to ensure that the vehicle fits into a class to suit fleet buyers. As a driving enthusiast, you do not need or want such restrictions placed upon your vehicles ECU and its performance therefore you can benefit from the hidden power and torque locked away within your engine management system.

The other main benefit of remapping will be a reduction in fuel consumption. With the extra torque especially at the bottom of the rev range you will see a fuel saving, as it will require less throttle input to maintain motorway speeds, you can drive in a higher gear at a slower speed as well as helping significantly when fully laden, towing or on gradients and even in start stop traffic.

Many see the modern crop of Turbocharged diesels as the future of road car tuning. These engines offer fantastic potential for reliable low cost tuning without removing any of the appeal of buying and running a turbo diesel powered vehicle, such as economy, reliability and longevity.

After your ECU upgrade to your turbocharged diesel engine, you will enjoy:

Turbocharged petrol engines have always been regarded as the sports flagship engine for good reason. They boast far higher power & torque figures than a non-turbocharged power-plant with similar displacement and are usually fitted to the manufacturer’s flagship models. They are also ideal candidates for remapping as the ECU also controls the wastegate (turbo boost pressure control).

After your ECU upgrade to your turbocharged petrol engine, you will enjoy:

Improvements in fuel consumption on petrol engine vehicles are smaller and nothing like that achieved by diesel vehicles.

The normally aspirated petrol engine, whilst not being the easiest of engines to tune, can still benefit from a 8-15% power increase with added torque by careful reprogramming of various engine parameters within the map. Parameters such as the fuel and ignition curves can be fine-tuned to give better power & torque output. On some engines the camshaft timing can also be tuned within the map, giving additional improvements.

In many cases, ‘after market’ tuning items such as freer flowing exhausts, high flow air filters and re-profiled camshafts can only be fully utilised by the engine once the necessary adjustments have been made within the ECU. Careful recalibration of the correct maps can unlock the potential of your new engine parts. Further power gains may also be available when a higher octane fuel is used, allowing for more ignition timing.

When we remap a vehicle, especially when fuel saving is the priority we focus on improving the low end torque in particular and widening the power-band as far as we can.

This increase in low end torque will mean less throttle pedal input is required to maintain cruising speeds, when fully laden or when on a gradient. It will also mean that the vehicle will be more comfortable in higher gears at slower speeds as well requiring fewer gear changes overall.

If you combine these factors with adjusting your driving style to make the most of the extra low end torque you will see an improvement in fuel consumption. This is most effective on turbo-diesel engines where the savings could be as much as 20%!

WHAT DO YOU ACTUALLY MODIFY IN MY VEHICLE?

We do not change any hardware in your vehicle, we just modify the operating parameters in the ECU’s program or ‘map’. In many cases the map stored on the ECU’s processor can be accessed via the on-board diagnostics port (OBD) in the vehicle, normally found under the dashboard. In some newer models the ECU will have to be removed from the vehicle and the casing opened, our technicians will then use specialist tools to read the original map straight from the processing chip.

Our technician will then upload the original map to Quantum’s map writing team who will adjust the parameters to maximise the performance, fuel economy or a clever blend of both. Depending on the vehicle and ECU type the remapping process can take up to 24 hours and if at any time you wish to return your vehicles ECU to its original default settings, this can be done easily and free of charge as we always keep a copy of the original software as a backup.

YES – There is nothing illegal about remapping an ECU on an engine. Although you should inform your insurance company of any alterations made to the vehicle.

HOW DO I BOOK A REMAP?

You can call us on our Business number: 07 3265 5966, or simply email us through our contact us button. Our Team will be happy to help you. We give 30 day money back guarantee, in case if you are not satisfied with our service.